Michael J. Saylor, Co-founder of Microstrategy, has made claims that he believes the use of Bitcoin (BTC) is the solution to the financial crisis that is being experienced in Lebanon as the country’s currency has lost 96% of its value against the U.S. Dollar (USD).

Saylor gave the opinion on Twitter as he claimed that the commercial banks had failed the country. Lebanon, a country long famed for its stable and investment-friendly financial system, has slid into anarchy as hyperinflation grips the country and banks impose hefty cuts on dollar withdrawals.

The use of digital assets became a thing when Lebanon was experiencing a financial crisis in 2019, a decentralized and seamless digital currency came into play outside the control of bankers and the government, according to news reports at the time.

Lebanon presently has 6 bitcoin ATMs. There is one in Aamchit and five in Beirut but those who were interviewed in the report claim the best way to access bitcoin is either by earning it through work/mining or alternatively by purchasing it with the Tether stablecoin.

The Use of Bitcoin as a Tool against Inflation

Satoshi Nakamoto invented the first cryptocurrency, Bitcoin (BTC), in 2008. Bitcoin has since transformed in its usage and monetary forms, money issuance standard, and money mobility thanks to its underlying blockchain technology

He stated that “in order to maintain shareholder value, conventional treasury practices are no longer effective. To control the dilution that monetary inflation has on their balance sheet, corporations need new management strategies. Bitcoin is the ideal solution”. 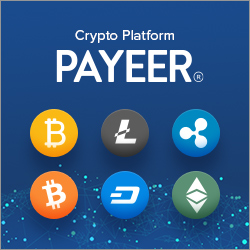